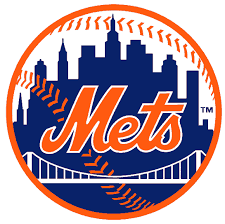 NEW YORK, March 22 (UPI) — New York City is off the hook after a court ruled a woman whose back was broken when an allegedly drunken 300-pound Mets fan fell on her can’t sue the city.

A negligence claim filed against the city by Ellen Massey was dismissed Monday by a Manhattan judge who said security at city-owned Shea Stadium was the responsibility of Mets ownership, the New York Daily News reported

The city had argued the injury was “random and unavoidable.”

However, Justice Judith Gische let stand Massey’s suits against the Mets, falling fan Timothy Cassidy and Aramark, the concessionaire at the now-demolished ballpark.

Massey, a lawyer, was seated with her nephews in the second row of upper deck seats at the Mets-Phillies 2007 home opener and was injured when Cassidy fell on top of her during an altercation with some other fans.

Witnesses said Cassidy loudly tried to pick fights with several fans during the sixth and seventh innings of the Mets’ 11-5 win and was pushed by another fan, falling onto Massey.