Tips for Homeowners Dealing With All This Snow 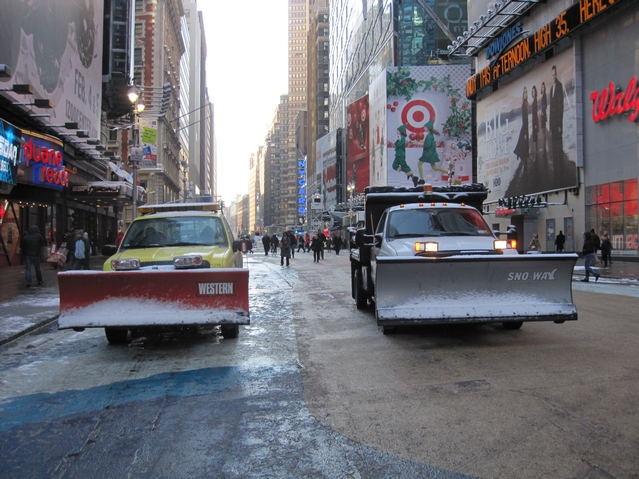 As if the snow and ice weren’t frustrating enough for city drivers, extreme weather is creating thousands of new potholes.

45,000 new potholes have cropped up since December, due to this winter’s onslaught of snow and ice storms. (DNAinfo/Jill Colvin)

MANHATTAN — As if the snow and ice weren’t frustrating enough for city drivers, this winter’s storms have created thousands of new potholes, the New York Daily News reported.

The number of holes in the concrete filled by the Department of Transportation since December now totals more than 45,000, according to the Daily News. And forty crews are taxed with filling 2,000 on a daily basis.

“Mother Nature has thrown everything at us this winter, and we’re striking back,” DOT Commissioner Janette Sadik-Khan told the Daily News.

Fluctuating temperatures are partially to blame, according to the Daily News. On warmer days, snow and rain slip into cracks in the pavement. When temperatures fall, that precipitation freezes over, expands and chips away at asphalt.

“This is an unfortunate side effect of this terrible season,” Queens Councilman Mark Weprin told the Daily News.

The DOT is urging residents to call 311 when they see craters in streets. The Department is pledging to respond to calls within about three days, the Daily News reported.